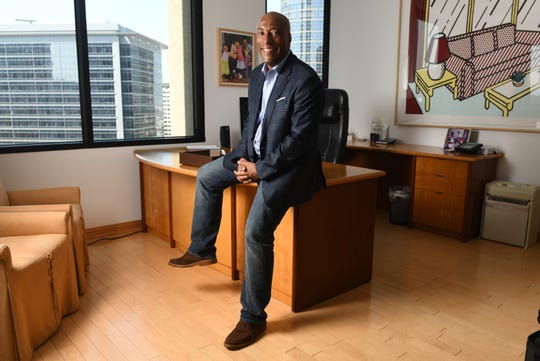 The case was brought by Entertainment Studios Network, which bills itself as a “100% African-American owned” media company operating seven television channels. It is solely owned by Byron Allen, a comedian, television host and entrepreneur.

Allen sued telecommunications giants Comcast Corp. and Charter Communications, which serve tens of millions of customers in more than 40 states. He claims that since 2008, the two companies have refused to distribute his stations while launching scores of mostly white-owned networks.

As one example of alleged racism, the Comcast lawsuit claims that a company executive said, “We’re not trying to create any more Bob Johnsons” – a reference to the founder of Black Enterteinment Television, or BET.

Entertainment Studios lost in federal district court but won a reversal at the U.S. Court of Appeals for the Ninth Circuit. A key to the Comcast case before the Supreme Court is whether the network must show that race was the sole reason for the denial of a contract or just one factor. The Charter case likely is being held for the court’s ruling in the Comcast case.

“Comcast has an outstanding record of supporting and fostering diverse programming, including programming from African-American owned channels, two more of which we launched earlier this year,” the company said Monday in a statement. “There has been no finding of discriminatory conduct by Comcast against this plaintiff because there has been none.”