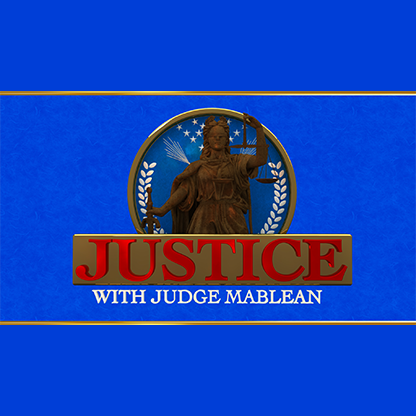 The Verdict Is In — Audiences Rule In Favor Of Judge Mablean

A former prosecuting attorney and long-time fan favorite, Judge Mablean Ephriam can bring a courtroom to laughter with her tell-it-like-it-is approach. She is well-known for playing the judge in Tyler Perry’s Madea comedies and a seven year tenure on Divorce Court. Now she’s in firm command with her EMMY nominated, “Justice With Judge Mablean,” where she combines her irresistible personality with over 20 years of legal wisdom.

Strictly business: more reasons to air “Justice With Judge Mablean”
She’s not just a TV judge — she’s a nationally recognized brand. For seven years Judge Mablean ruled “Divorce Court,” turning that series into a bona-fide hit. She then appeared in several feature films and published a book, Judge Mablean’s Life Lessons: Tools For Weekly Living. Her return to TV on “Justice With Judge Mablean” has resonated with viewers, drawing in fans new and old and holding on to them — particularly women ages 25-54 — and beating out long-established shows in her time slot.