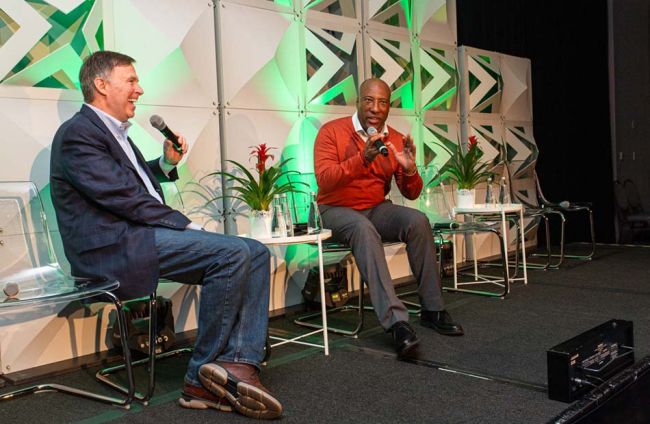 Byron Allen, founder and CEO of Allen Media Group, offered the keynote during the Next TV Summit at the Sofitel in Beverly Hills. Interviewed by Tim Hanlon, founder and CEO of The Vertere Group, Allen spoke about his start in television as a teen, his shift to industry titan, and how he sees the TV landscape today.