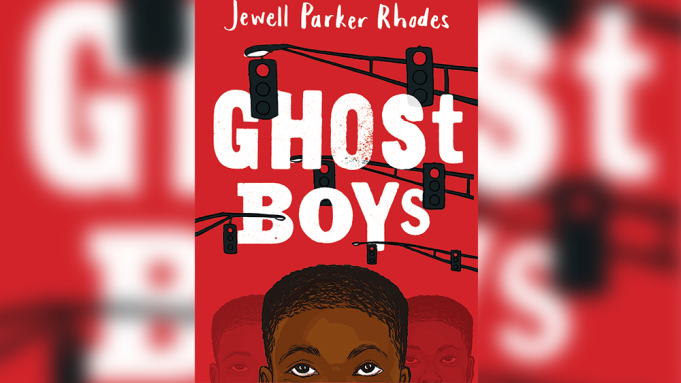 Amy Baer (Last Vegas, Brian Banks, Mary Shelly) and Michael Besman (About Schmidt, Seven Years in Tibet, Bounce) have come aboard to develop and produce a feature film based on the New York Times bestseller. Baer’s associate Chris Ceccotti will executive produce along with ESMP’s Byron Allen, Carolyn Folks and Jennifer Lucas. The project is now out to writers to adapt.

The novel, published by Little, Brown Books for Young Readers, tells the story of 12-year-old Jerome, who is shot by a Chicago police officer who mistakes his toy gun for a real threat. As a ghost, Jerome can see the impact the tragedy has on his family and his community. He also meets the ghost of Emmett Till, who helps him understand the historical underpinings of racial and socio-economic injustice, as well as the daughter of the police officer who grapples with her father’s actions. At its heart, the book weaves historical fiction with a touch of the fantastical to paint a picture of how children and families face the complexities of today’s world, and how Jerome grows to understand American Blackness by bearing witness against unjustness.

“I first learned of Ghost Boys from my daughter, who was reading it for a school class assignment, and I was immediately intrigued by the story and subject matter,” said Allen, founder-chairman-CEO of ESMP parent Allen Media Group. “Ghost Boys is simply a brilliant book, and we at Entertainment Studios Motion Pictures are extremely passionate about sharing this phenomenal story with the world.”

Said Rhodes, whose other middle-grade novels include the bestsellers Magic City, Paradise on Fire and Towers Falling: “I’m delighted Byron Allen’s movie division will create an inspiring feature film to empower us to be more empathetic and to ‘bear witness’ against social injustice. Protecting all children’s innocence and humanity is paramount. I’m not surprised that it was an amazing youth, Mr. Allen’s daughter, who helped advocate for Ghost Boys to become a movie. I’m thrilled and humbled to have Ghost Boys adapted and transformed to a new life.”

Entertainment Studios’ credits include Hostiles, Chappaquiddick and the 47 Meters Down movies. Its latest deal comes after it recently acquired worldwide rights to the biography From Selma to Sorrow: The Life and Death of Viola Liuzzo which it is developing into a movie.