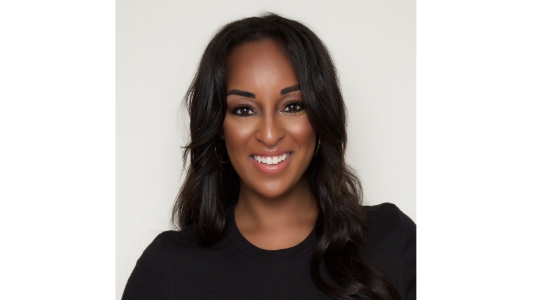 Entertainment Studios, one of the largest independent producers and distributors of film and television, with 64 shows on the air, and owner of nine 24-hour HD television networks now serving nearly 160 million subscribers — including The Weather Channel television network and its streaming service Local Now — proudly announces the appointment of Natasha Alford as the Vice President of Digital Content for TheGrio digital network platform.  In her new position, Alford will continue to be based at the Entertainment Studios offices in New York City.

Alford’s writing and on-air commentary has appeared on TheGrio for four years during her tenure as Deputy Editor, as well as numerous other outlets from THE NEW YORK TIMES to MSNBC to THE BREAKFAST CLUB. A former educator, Alford has also served as an Adjunct Assistant Professor in visual journalism at the Craig Newmark Graduate School of Journalism at CUNY.  She got her start in journalism as a general assignment reporter at WROC-TV in Rochester, New York.

Named “Emerging Journalist of the Year” by the National Association of Black Journalists in 2018, Natasha S. Alford is a 2019 Pulitzer Center grantee for her series on race, policing, and identity called: “A Revolution for Puerto Rico’s Afro-Latinos.”  Other honors include being a 2019 Maynard 200 Fellow, and a 2017 Harvard Women’s Leadership Award recipient. Alford’s TEDx talk “The Courage to Report,” detailed her experience as a TV news reporter in the era of digital media and Black Lives Matter.  Alford holds a master’s degree in broadcast journalism from Northwestern University’s Medill School of Journalism, and a Bachelor of Arts degree from Harvard University.

“I am honored that Byron Allen has entrusted me to lead TheGrio in reporting the most critical news and issues impacting America,” said Natasha S. Alford. “The role of the press is more important than ever in delivering truth and substance. Our original storytelling will further highlight the brilliance and innovation that exists in our communities, while inspiring the next generation”