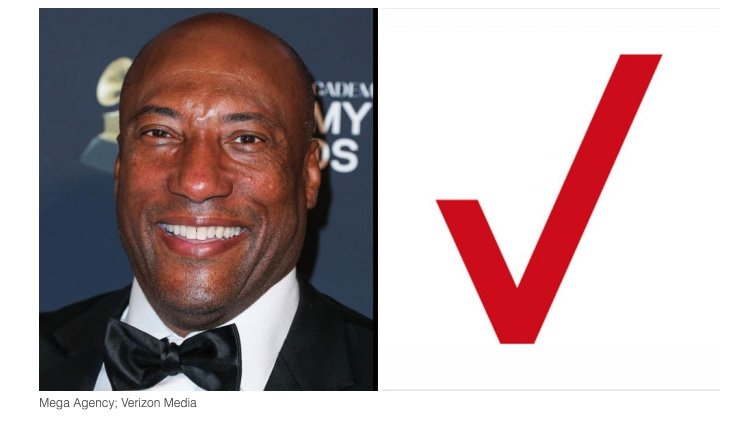 Byron Allen’s Allen Media Group has partnered with Verizon on a Black-owned media summit scheduled for May.

The goal of this new diversity, equity and inclusion initiative is to increase media spending with Black-owned companies based in the United States.

“I’m very proud of Verizon, one of the largest advertisers in the world, coming to the table to make sure we have real economic inclusion for Black-owned media,” said Allen, who is the Founder, Chairman & CEO of Allen Media Group. “The biggest trade deficit in our nation is the trade deficit between corporate America and Black America, and we must close that gap immediately.”

“Verizon has been working to address diversity, equity and inclusion issues for years and we are proud of the actions we continue to take to move the industry forward,” added John Nitti, Chief Media Officer, Verizon. “Increasing our financial commitment to Black-owned media companies and partnering with Allen Media Group to host a summit that will provide these companies with resources to help enable long term growth is a crucial part of our responsible marketing action plan. It is also an important step in creating the equity the industry needs.”

It was in 2016 that Allen Media Group purchased The Grio, “a highly-rated, digital video-centric news community platform, devoted to providing African-Americans with compelling stories and perspectives currently underrepresented in existing national news outlets.”