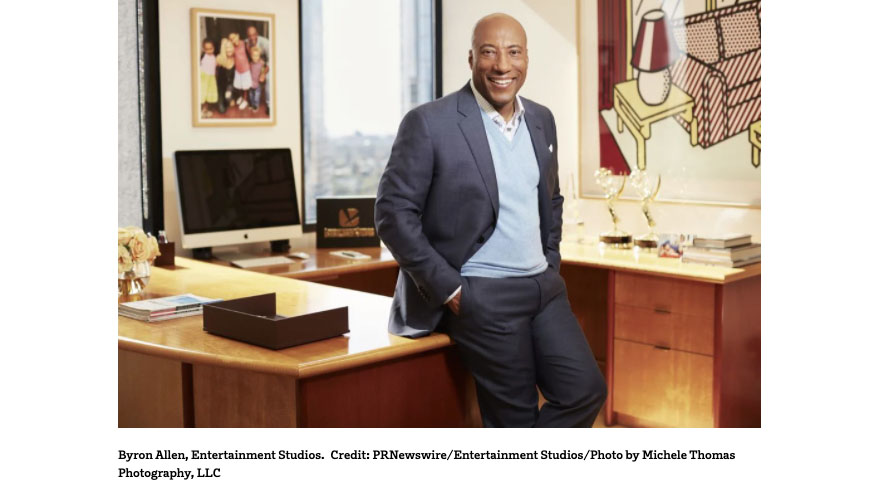 Media mogul sent letters of intent to brands and their agencies

Allen sent letters of intent to brands and their agencies last week calling on them to shift a minimum of 2% of their budgets to Black-owned media or face legal action.

Over the past year, Allen, who owns The Weather Channel, as well as seven other cable networks, a syndication production company, local stations and digital assets, says he has engaged in conversations with chairpeople and CEOs at agencies and holding companies as well as brands about investing more in Black-owned media. But one year later, Allen says he has not seen any real progress.

“We are only talking about what you do with Black-owned media, and unfortunately it is nearly extinct because of the racism on Madison Avenue,” he says.

In order for brands to “catch up” for what Allen says has been years of “neglect,” he is demanding brands increase the cost to reach a thousand viewers, an industry standard known as CPMs. He also said they should be willing to strike deals based on non-ratings guarantees and look to do broader sponsorships with these outlets.

Allen settled a racial discrimination lawsuit with cable giants Comcast and Charter earlier this year that went to the Supreme Court. It ended with both operators agreeing to carry some of his channels.

His case used the Civil Rights Act of 1866, which he says was meant to ensure economic inclusion of freed slaves by saying government and commercial contracting needs to be afforded to African Americans. Allen says the same act would be used to stage a case against marketers.

He does commend IPG Mediabrands for hosting its Equity Upfront, a week-long event that aims to educate clients and help minority-owned businesses market to larger ad agencies and brands, and challenges others to do the same.