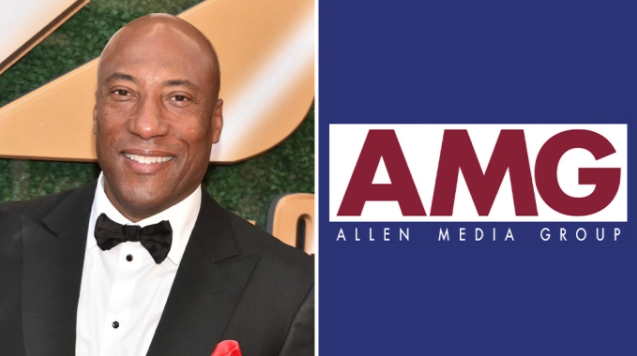 Byron Allen acquired The Weather Channel three year ago, gathered scientists at its Atlanta campus and asked “Are we in trouble?”

After an unequivocal yes, “I decided not to be Switzerland,” the founder Allen Media Group/Entertainment Studios told TCA Tuesday. Environmental journalists face pressure to avoid offending climate change non-believers. But “I am going to go with the scientists, because people don’t understand that global warming is the greatest threat to planet earth.” Hurricanes, fires and other weather events can’t be covered in a vacuum. “Having The Weather Channel is really a big responsibility,” he said.

That $300 million deal was part of a string of acquisitions by Allen, one of the nation’s most successful Black entrepreneurs and businessmen overseeing TV channels and global production (including Funny You Should Ask comedy game show and America’s Court With Judge Ross), film distribution, digital media and broadcasting.

Born in 1960s Detroit, he recalled his family’s grief at Martin Luther King, Jr.’s assassination and epiphany later that economic equality was the big fight. He filed a multi-billion-dollar racial discrimination lawsuit in 2015 against cable giants Comcast and Charter that went all the way to the Supreme Court. Comcast settled last summer, agreeing to carry three of his channels on its Xfinity service. Allen and Charter settled earlier this month.

His case used the Civil Rights Act of 1866 that meant to ensure  the economic inclusion of freed slaves.

“I have been there,” he said. He noted that Allen Media’s African American-focused news site The Grio is the largest of its kind in the country and also the biggest employer of Black journalists.

Allen started his business 28 year ago from his dining room table, from where he called 1,300 television stations and hundreds of advertisers trying to secure placement and ad dollars for his early programming ventures. “The first five years were really brutal,” he said — especially after Tribune reneged on a promised “four hundred grand advance” for selling his advertising. That exacerbated a cash outflow which forced him to conduct business via pay phone with his often disconnected and multiple home foreclosures.

Things, obviously, turned up and Allen Media now has well over 1,300 employees. He’s still calling stations —  recently acquiring one in Honolulu last August. He has said he plans to spend $10 billion over the next several years to become the nation’s biggest broadcaster.