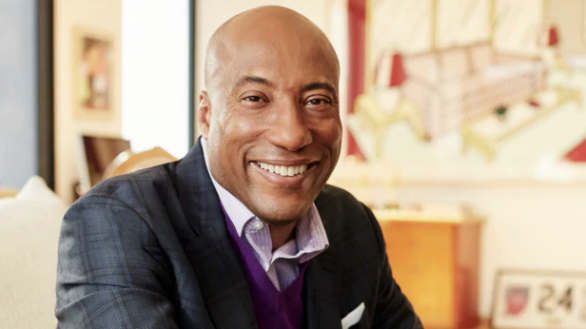 Byron Allen considers his stewardship of the Weather Channel, which he acquired nearly three years ago to the surprise of many, a live-saving endeavor. Quite literally, in fact.

“It’s become more important than ever before, because of what’s happened with climate change, with global warming,” Allen said during a virtual TCA session on Tuesday. His comments struck particularly strong as they come while most of the country is mired in a deep freeze that has plunged to record lows in some areas and knocked out power grids, particularly in Texas.

Allen’s Entertainment Studios acquired the Weather Channel for $300 million in 2018. Shortly after he took over, he explained Tuesday, he made one massive change for the network: Telling them to openly talk about the effects of climate change, which for some reason is a hot-button issue in America. Allen said he did so after gathering the network’s scientists and asking them bluntly if climate change was the existential threat many said it was.

“And without exception, every scientist in that room raised their hand and said we’re in trouble,” he said.

“The Weather Channel had a way of making sure that they didn’t offend folks, and they would never talk about climate change and global warming, because there were some people who said it wasn’t happening, and some people said it was happening,” Allen continued. “I’m going to go with the scientists, because people don’t truly understand that climate change and global warming is the greatest threat to human beings on planet Earth. We have to inform folks so we can help save their lives. I mean, it actually means you’re going to die.”

“We had record-breaking hurricanes, over 27 of them, which is more than we’ve had in 150 years,” Allen said. “People don’t understand that can create fires, as you saw on the West Coast. And it also can create weather events that will create weather refugees. And as you have people who can’t inhabit one space, try and cross borders, you will start to witness genocide, you’re going to see food shortage, you will see species and animals leave their natural habitat and get closer to the human food chain. And that will create epidemics and pandemics like we’re seeing now. It’s a real problem, and we as a planet have to come together and address it, because it is a real threat.”