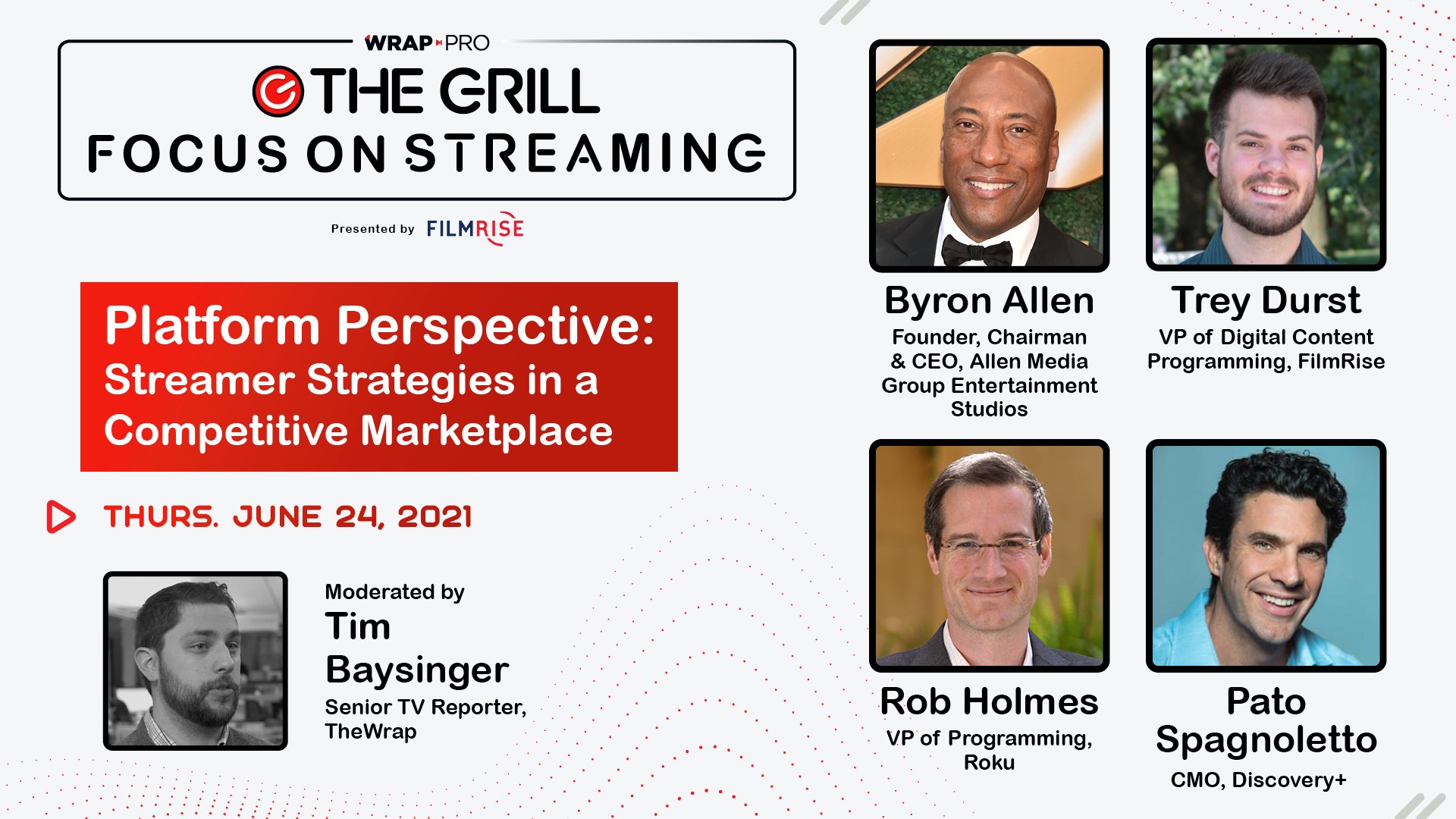 Byron Allen can see a straight line from the current streaming era to the industrial revolution more than 100 years ago.

“What fueled that was gas and oil. Today it’s the digital revolution, and what’s fueling that is content, content, content, and the way we deliver it to them,” Allen, the TV personality and founder and CEO of Allen Media Group, said Thursday during TheGrill: Focus on Streaming. “Whether it’s SVOD or AVOD or a combination of both, the consumer just has to have that optionality and that’s what they’re gravitating towards.”

The streaming space is uber-competitive, with new entrants jumping in to mimic another era of American history: the Gold Rush. Even so, Allen predicts a bright future: “In the AVOD space, you’re going to see a lot of winners. The dollars that are being allocated to AVOD right now are probably about $26 billion or so. I think you’ll blink and that will be $100 billion. There’s more money in the AVOD space than there is content to go up against it.”

Allen was speaking during the “Platform Perspective: Streamer Strategies in a Competitive Marketplace” panel, where he was joined by Rob Holmes, vice president of programming at Roku; Pato Spagnoletto, global CMO for Discovery’s direct-to-consumer business; and Trey Durst, vice president of digital content programming for FilmRise.

The panelists were all in agreement: SVOD vs. AVOD doesn’t have to be a zero-sum game.

“I think there are all these different consumer needs and use cases,” Holmes said. “Obviously, having some big bold SVOD premiere, there’s a reason for people to kind of show up and make time to watch that show that week. But a lot of times people turn on TV, they’re really just turning on the TV to watch something. That’s what FAST has been. That’s what ad-supported streaming is great for.”

One of the key differences, as Holmes pointed out, is that free, ad-supporting streaming services have curated feeds of certain genres or programming. Durst said that it’s providing an antidote for the endless scroll.

“One of the things it solves is the decision paralysis,” he said. “We had this movement to the digital age where we had everything on demand at our fingertips, and then we spend an hour scrolling and we don’t know what we want to watch.”

Finding shows is much harder in an on-demand environment, especially with shows moving from one service to another, Holmes said.

“This is the biggest challenge. You want to go watch ‘Friends’? Wait, where is ‘Friends’? Is that on HBO Max or Peacock? Oh you want ‘Seinfeld’? … And those are the known titles,” Holmes said.

“Good luck to the unknown titles that you find through discovery and browsing. This is actually where it’s more difficult for the consumer today than it was in the past. Platforms like Roku have done a really good of trying to bring that back together,” said Spagnoletto. “Now in this ecosystem, everybody wants a piece of it.”

You can watch the full conversation in the video above.