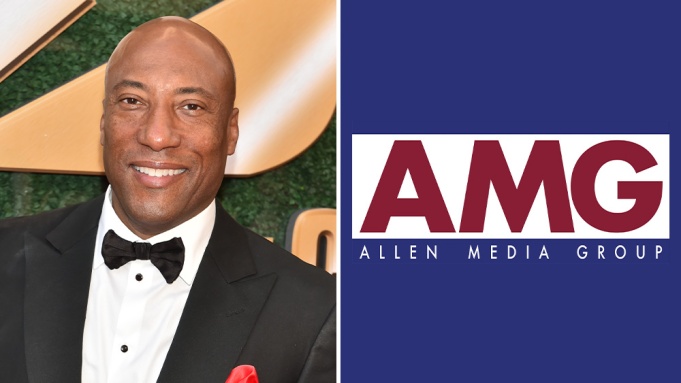 UPDATED with letter to Board: AMG CEO Byron Allen said he’s sent a letter to the board of directors of McDonald’s asking them to fire CEO Chris Kempczinski after a controversial text message from the executive surfaced related to the shooting deaths of two black children.

Kempcziniski’s message to Chicago Mayor Lori Lightfoot last spring said parents of 7-year-old Jaslyn Adams and 13-year-old Adam Toledo “failed those kids” prior to their deaths. Adams was shot in a gang-related killing while sitting in a car with her father at a McDonald’s drive-through in Chicago, where the company is based. Toledo was shot and killed by a Chicago police officer.

The salvo comes after Allen sued McDonald’s in May accusing the fast-food giant of racial stereotyping and refusing to contract with AMG’s Entertainment Studios and Weather Group in violation of federal and state law.

Kempczinski apologized for the text, including in a letter to employees this week, saying, “When I wrote this, I was thinking through my lens as a parent and reacted viscerally. But I have not walked in the shoes of Adam’s or Jaslyn’s family and so many others who are facing a very different reality.”

Allen’s letter accused the company of continuing to “perpetuate and support racism.” The Board “must make sweeping changes immediately and remove Chris Kempczinski from his role as President & CEO now or resign yourselves because you are on the wrong side of history,” it said.

Allen has been active in demanding big companies, including GM, give Black-owned media a fair share of advertising dollars.

A $20-billion racial discrimination lawsuit he filed against with Comcast in 2015 went all the way to Supreme Court. Allen and Comcast settled last year, with Comcast agreeing to pick up three of Allen Media Group’s cable channels.

The lawsuit, filed in Superior Court Of California in Los Angeles, accuses the fast-food giant of racial stereotyping and refusals to contract with AMG’s Entertainment Studios and Weather Group in violation of federal and state law.

In a statement to Deadline, McDonald’s said that, “Together with our Owner/Operators, we have doubled down on our relationships with diverse-owned partners. This includes increasing our spend with diverse-owned media from 4% to 10% and with Black-owned media from 2% to 5% of total national advertising over the next four years. Once we receive the complaint, we will review and respond accordingly.”

Allen and other Black media owners joined forces last month to put pressure on automaker GM for the same reason. Allen has been pushing the issue publicly for over a year with some success. Most recently, ad giants GroupM and Interpublic agreed to invest in Black-owned media.

According to the suit, African Americans represent some 40% of McDonald’s U.S. sales but African American owned media get less $5 million out of its circa $1.6 billion in annual television advertising.

The lawsuit alleges McDonald’s refusal to contract is the result of racial stereotyping reflected in a tiered advertising structure with a separate “African American” tier that has a smaller budget and less-favorable pricing and other terms than its larger “general market” tier. The structure creates “separate and unequal tracks for Black-owned media companies to earn advertising revenue,” Allen says, noting that the television networks he owns and operates have general market appeal and don’t specifically target African American audiences. But, the suit claims, McDonald’s has refused to advertise on The Weather Channel under its “general tier” since Allen acquired the network in 2018.

In a letter to McDonald’s CEO Chris Kempczinski, Allen and a handful of other Black media owners urged the company to commit 5% to15% of its advertising and marketing spend to Black-owned media.