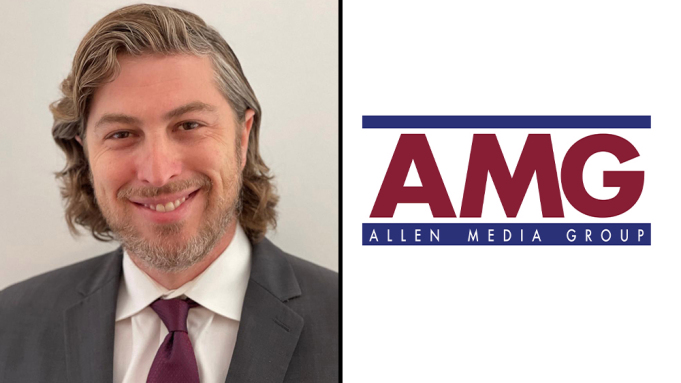 EXCLUSIVE: Matthew Signer, who has held executive posts at Dimension Films, AwesomenessTV and most recently Quibi, has been hired as EVP Production & Content at Byron Allen’s Allen Media Group. He will report directly to Allen and is based in Los Angeles.

In the new position, Signer will focus on the development and production of movies, TV series, documentaries and other content for AMG’s ever-expanding distribution platforms — Entertainment Studios Motion Pictures, its digital unit Freestyle Digital Media and free streaming service Local Now — as well as outside streaming services and platforms.

“Matt Signer is an excellent executive who gets things done,” Allen, founder, chairman and CEO of Allen Media Group, said Wednesday. “His extensive experience in the development and production of content will help propel us to greater success as our industry continues to adapt and expand.”

Singer held the role of EVP Production and Creative Affairs during a 14-year career at Dimension Films, where he oversaw the company’s film and TV slate including Entertainment Studios Motion Pictures’ first big hit, 2017’s 47 Meters Down. Other titles include Paddington, Polaroid, Scary Movie 5, Scream 4, Sin City: A Dame to Kill For, Spy Kids: All the Time in the World and Apollo 18 among others. On the TV side, he developed and produced such shows as Scream and The Mist.

He eventually became Head of Films at AwesomenessTV before moving to Quibi, where he was Senior Content Executive and oversaw The Now starring Dave Franco and Bill Murray, Survive toplined by Sophie Turner and Corey Hawkins, and When the Streetlights Go On among other series. Quibi ceased operations in December 2020 after seven months of operation.

“I met Byron Allen when I sold him the movie 47 Meters Down and watched him make it the No. 1 independent film release of the year,” Signer said. “I’ve been fascinated with his company’s expansion ever since. I’m incredibly excited to be joining one of the fastest-growing global media companies in the world, and look forward to spearheading the development of premium film and television content for Allen Media Group’s multiple platforms.”